The traveler has to complain at the location to the service provider (hotel, suite, or similar, tour leader, representative of the travel organizer or the main service provider) for any irregularities and claims. In case the claim can be solved at the location, and the traveler did not complain on the irregularities at the location, it is assumed that the traveler agrees with that service, and thus has lost the right of submitting any later claims with a request to reduce service price, or payment of damages. Integral Zagreb will not consider claims if the traveler did not submit a copy of a written claim he submitted at the location. If even after the complaint the situation does not improve, the traveler has to ask for a confirmation which shows that the service was not provided, or that it was provided in a different way than agreed. The traveler has to attach the confirmation to the written complaint. The traveler has to submit the written complaint within 8 days from the end of the travel via e-mail at: [email protected] or at the address: Paromlinska 2/A, 10000 Zagreb, or by personally coming to an office and submitting the written complaint to an employee of Integral Zagreb. If the passenger submits a written complaint after that deadline, Integral Zagreb does not have to take such a complaint into consideration. Integral Zagreb has to reach a written decision to the complaint within 14 days from receiving the complaint, and they can delay the deadline for the decision for another 14 days for gathering information. While the procedure is in progress, and total of 14, or 28 days since submitting of the complaint, the traveler irrevocably waives the mediation from any other person, an arbitration from UHPA or another institution, as well as giving information to the media. The traveler also waives their right to a lawsuit within this time period. The highest fee amount after the complaint can reach the amount of the claimed part of the services, and it cannot encompass already used services, or the entire amount of the arrangement. The traveler and Integral Zagreb will try to amicably solve their disputes, and if they are unable to do so, the Zagreb court has jurisdiction. The applicable law will be Croatian law. According to the Act on the promotion of tourism activity, the traveler can submit a proposition for solving the dispute in front of a certified body for alternative solving of consumer disputes in accordance to the law which regulates alternative solving of consumer disputes.

Sign up for our newsletter, get extra
discounts and do not miss dream trips 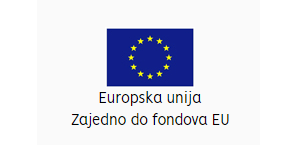 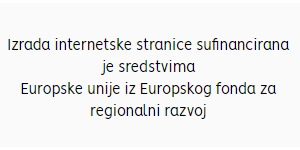